The three US No.1’s “The Look”, “Listen To Your Heart” and “It Must Have Been Love” and other big hits such as “Dressed For Success” and “Dangerous” had transformed a local Swedish act into an international musical phenomenon in the 90’s.

“Joyride” was the album that was supposed to cement the unlikely success of Marie Fredriksson and Per Gessle. Many artists would have probably failed under the pressure of all expectations, but Roxette delivered. Or as Per Gessle remembers:

Björn Ulveaus once said that ABBA felt right on target when they did ‘Mamma Mia’. They had had many hits, everyone was waiting for a new album – but despite the pressure, they could easily deliver. And that’s exactly how I felt about Joyride. I came home one day and saw a note from my wife Åsa, which said: ‘Hej, din tok – jag älskar dig’. I took the guitar, changed it to ‘Hello, you fool, I love you’ and wrote the song. I knew right away that it was going to be a hit. All the parts matched. With the song ‘Joyride’, the whole record was in the can.

The world, however, was hardly on a joyride when the album was released. On the contrary. At the same time as the United States launched Operation “Desert Storm” in Kuwait, releasing an album called “Joyride” and flying around the world on promotional trips didn’t feel like an optimal timing.

But in the spring of 1991, most things went Roxette’s way. The title track soon rushed up the charts and became the band’s fourth US No.1 – an almost impregnable record for a Swedish artist even today –  while single hits such as “Fading Like A Flower”, “Spending My Time” and “Church Of Your Heart” were waiting for their turn. Soon the album sold eleven million copies in total.

One of the main reasons why Roxette – and not least our biggest album ‘Joyride’ – became such a colossal success is of course that Marie’s singing was second to none. She was able to make great works of my songs and the album contains several of her tops. In addition to the big hits, there are, for example, ‘Perfect Day’, ‘Hotblooded’, ‘(Do You Get) Excited?’ and not least ‘Watercolours In The Rain’, a song that Marie had written wonderful music to the lyric I already had lying around and it turned out to fit perfectly.

The “Joyride” anniversary is celebrated this autumn with a 4-LP vinyl box, as well as a 3-CD set, which in addition to the original album will contain lots of unreleased or hard to find materials that paints a larger picture of a piece of Swedish music history. 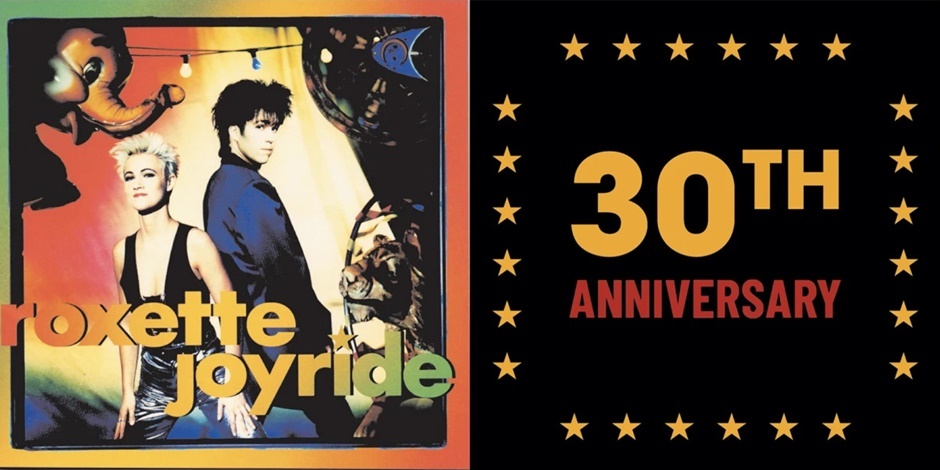