It was 2 weeks ago the last time I saw PG & Co. live and I missed them so much! This unplugged tour is just really amazing! It seems that this „leg” of the tour is going to be the most filled with international fans. Stockholm and Gothenburg are easier to be reached from abroad and so last night there were fans from Poland, Germany, Brasil, Portugal, Finland, Hungary, Argentina, Spain, the Netherlands, the UK and I know the US will also represent itself at one of the upcoming gigs. Very nice to see so many trying everything to be able to get there at the shows despite the known difficulties of travelling these days.

We could see Jonas Isacsson in the crowd, as well as Mats Olsson. It was also the first show on this tour where Show Security Sweden appeared and did their job. Some of you might remember our most favourite security supervisor, Atli who was also there last night. It was lovely to see him again. He told they work together with this venue and this was the first concert since the remodeling and rebuilding of Filadelfia Convention Center.

The concert started at appr. 19:45. The audience was already impatient at 19:30 and started clapping to have the band on stage as soon as possible.

The only change in the setlist vs. Gävle was that Födelsedag got back on the setlist and Vandrar i ett sommarregn wasn’t played this time. That means the setlist was the same as in Norrköping.

There were several funny interactions among the band members and I highlight one of them. Before Min plats PG asked Magnus if it’s difficult to play the double bass. Magnus said it’s very difficult and Per’s reaction was that one can notice it. Everyone laughed. Then Mr. G had a little trouble with the capo again, he first fixed it on the guitar in the wrong place, so Christoffer asked him if it’s difficult to play the acoustic guitar. Haha. At a later song, Per tried to fix the capo again and started telling an anecdote, but he realized he can’t do two things at once and shared this realization with the audience too. He either talks or he fixes the capo. Haha.

After Min plats, Per asked Micke N-S if he could get a guitar which is better tuned than the one he just used, so MNS came up on stage immediately and gave PG another acoustic guitar.

Ljudet av ett annat hjärta is top top top at every gig! Probably this gives the crowd the biggest surprise during the shows, how beautiful it is in this acoustic arrangement and so it always gets a long long long cheering and neverending applause from the audience.

The most popular songs during the night were the GT hits from the reactions I heard, but I must admit I was very positively surprised by the Stockholm audience. My experience with seated Stockholm shows so far was that people like to sit still and the biggest effort they do is their clapping – rather after the performers finished a song. Last night it was very different to all seated Stockholm concerts I attended in the past. Here the crowd was singing along, clapping along during the whole concert and enjoying themselves to the full. Loved to see that!

Before the first encore, the crowd was very loud and never stopped clapping. After the first encore they gave a standing ovation and also stayed very loud. When Per and the band came back on stage, PG asked the audience to sit down. He checked his papers what else to play and of course, the first song in the second encore was Vid hennes sida. Then it was Sommartider’s turn and PG and Magnus stood up and Mr. G told us we are welcome to stand up too. Everyone was right up on their feet! Per laughed at Chris that he couldn’t stand up, because of the instrument on his lap.

Helena kept her outfit she was wearing in Gävle and the silver angel was singing beautifully, as usual. She got very loud, well-deserved applauses from the audience.

The sound was different in Stockholm compared to concert hall gigs. Must be because of the acoustics of the spacious convention center, but both Per and the band were in top shape and their performance, as well as the active crowd made this show the second best for me on this tour so far. 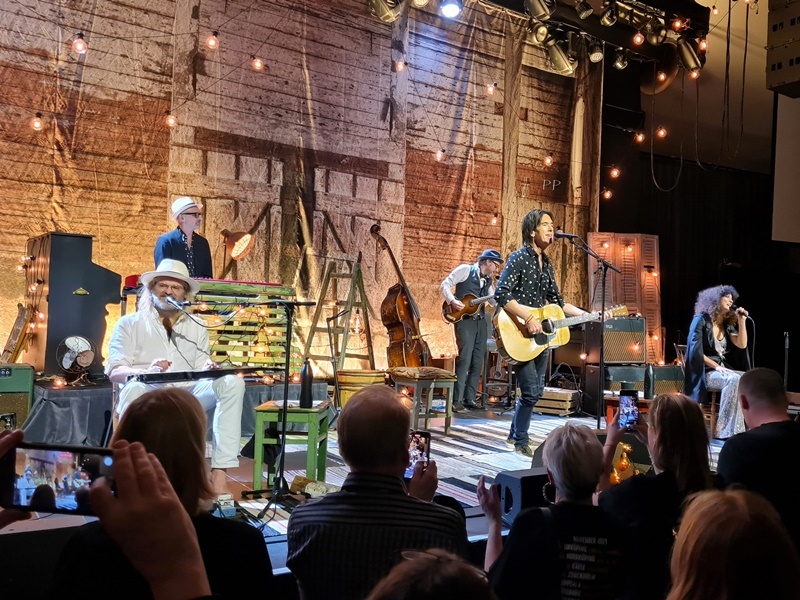 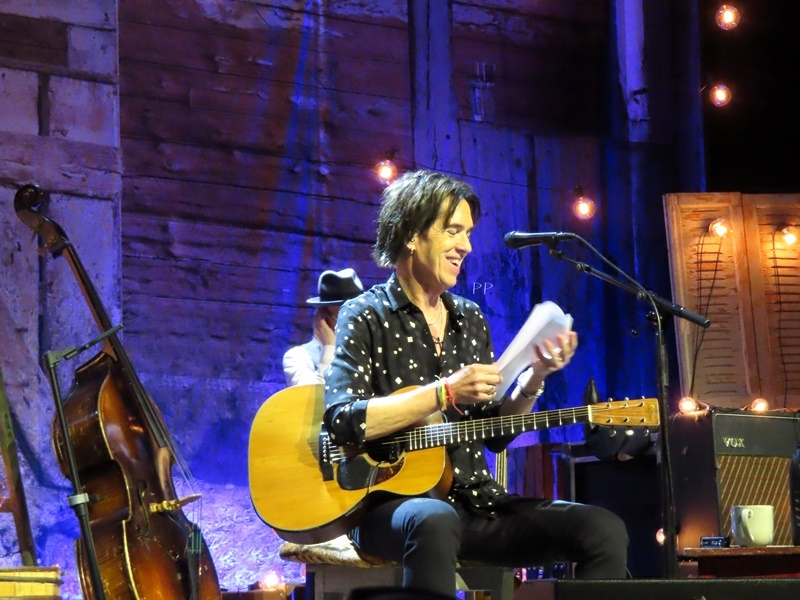 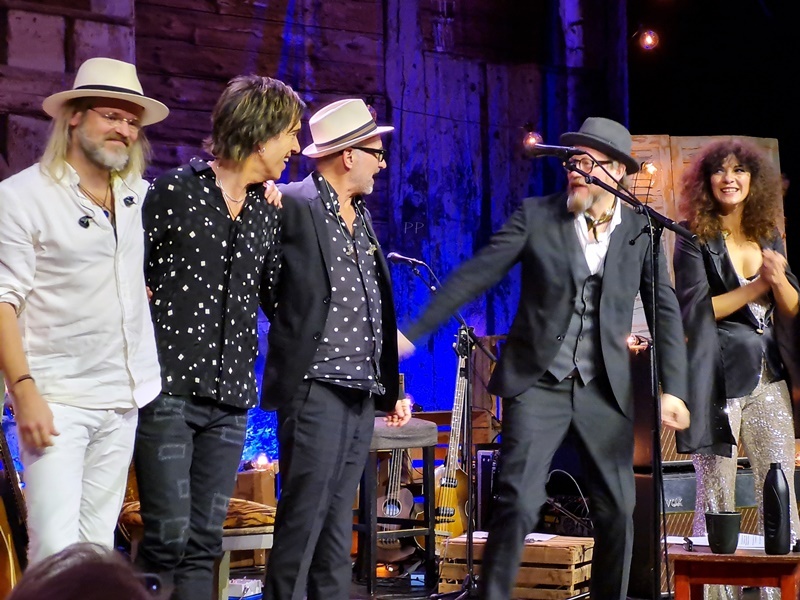 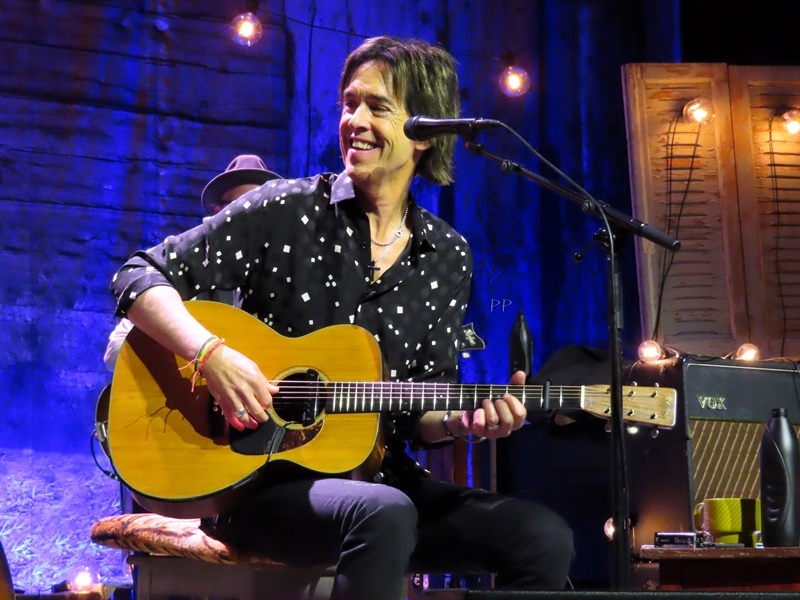 Photos in the article are taken by Patrícia Peres.

Per after the show on his social media platforms: